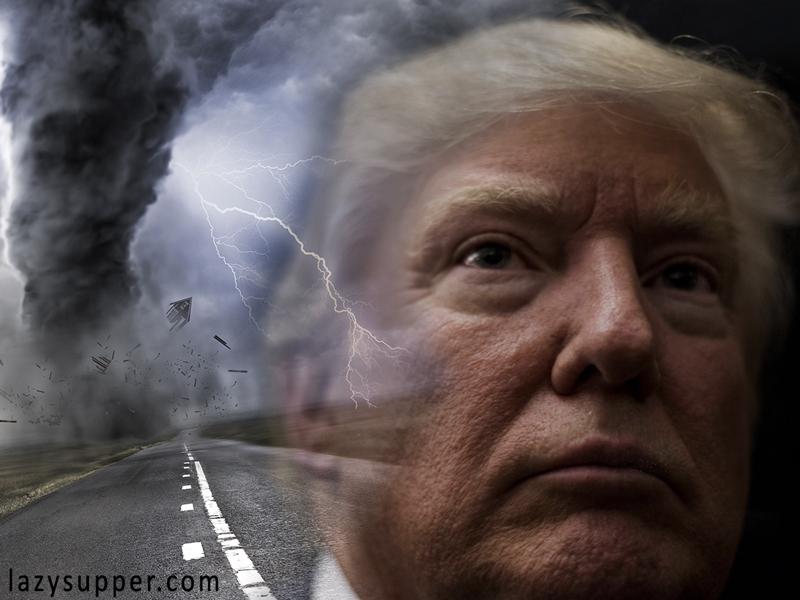 Donald Trump is like a tornado of political cognitive dissonance, sowing destruction on (and pissing off) both sides of America’s political doppelganger dichotomy. Of course, this comes as no surprise, as he is truly a political outsider. He’s no more a Republican than Bernie Sanders is a Democrat. But both men were cognizant enough to know that there are only two roads to the White House. And no, one of them isn’t Pennsylvania Avenue. As the old joke goes, the American political system has one more party than the Soviet Union.

This is one reason there is such a backlash against him. Even with all of his supporters under the elephant’s flag he still has a vast number of opponents and detractors. Granted he has already started replenishing the swamp he promised to drain and long ago cozied up to the soulless suits at Goldman Sachs. But he is still implementing (or killing) policies, programs and agreements that must have rooms full of red ties steaming and screaming like a first year feminist at a campus rally.

I loved and hated two things he did on the same day last week: he killed the world-fucking TPP and green lit the world-fucking Keystone XL. In a political system—an entire society, in fact—anchored in an obdurate heap of two-sided issues, he is checking off items in both columns. That’s like Obama being pro-gun. A Democrat cannot be pro-gun. They must be pro-gun-control. In the same way, Trump should be pro-TPP. (Hell, even Obama was pro-TPP, further reinforcing this fake dichotomy. Two sides of the same coin, for idiots to toss and follow.)

Bernie and The Donald agreed on about half of the issues during that ridiculous reality-TV show America calls an election—they just disagreed (often greatly) on how to tackle them. He’s a narcissistic, dangerous bigot who’s probably going to leave office under impeachment or in a body bag, but at least he’s chipping away at a rotten system that needs to die.

One thought on “Trump Is A Tornado Of Political Cognitive Dissonance”