This must have been cheap.

The federal Conservative Party of Canada has taken a commanding lead in a new poll conducted after the French language leaders debate yesterday.

Canadian Crime Minister Stephen Harper stood back and smiled as the other party leaders tore each other apart, assuring his party another five years of majority government.

With the assistance of Bloc Quebecois leader Gilles Duceppe delivering ominous warnings of Quebec’s one hundred niqab-wearing women representing a greater threat than climate change, mass unemployment and unaffordable health care combined, Harper and his followers are set on cruise control to victory. They won’t even need a lot of their supporters to show up on Election Day.

So be thankful Conservative voters, you don’t really need to vote this year. Take the day off and relax. Fishing, hunting, church. Whatever! The day is yours. 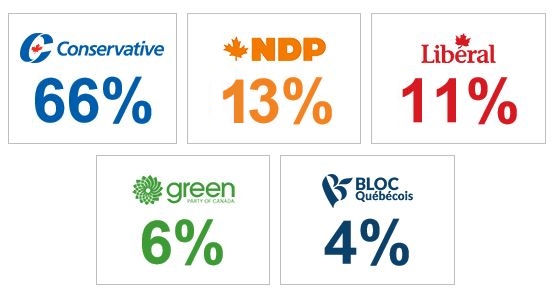